Hunting the Leather: Willie Paul profile in the Scottish Referee

The Scottish Referee published a profile of Willie Paul in 19 November 1888. 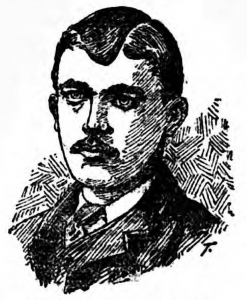 Slow rises worth! These words are very aptly illustrated in the football career of the gentleman we have chosen for a place in our athletic gallery. Like must of the Scotchmen who have distinguished themselves on the field, Mr. Paul at school showed his love for the game. Here in company with the boyish yet manly lads of his own ago he spent the spring-time of his youth in hunting the leather. At school Mr. Paul showed that sturdy independence which has developed with his years, and early gave promise of those powers of working the ball that stamp him now as one of Scotland’s best centre forwards.

After leaving school it was not unnatural that his liking fur the game should linger with him and increase. He found a ready medium to cultivate his powers when, along with some of his schoolmates, he formed a junior combination. In the revelry of their young imagination they styled this embryo Queen’s Park The Elm. Mr. Robertson, who now plays half-back with him in the Thistle, was also a member of this young club, and is is creditable testimony to the stuff they were made of that form the ranks of the Elm two such able players should have come.

Increase of years brought increase of ability, and consequently Mr. Paul sought a wider scope for the exercise of his budding genius. Four seasons ago he decided to join his present club, and played in their second team, the members paying him the compliment of electing him captain. This was an acknowledgement of which he proved himself well worthy, as under his management no second team of the club, either before or since, had proved so successful. The executive of his club had been keeping a watchful eye on Mr. Paul’s progress, and they showed their appreciation of his merit and honoured themselves by promoting him in the season 1886 to a place in their first eleven.

In the two seasons Mr. Paul has played with the team he has fully justified the choice of his club, and gratified his friends by the general excellence of his play. The Scottish Association are slow to recognise merit, but they did justice to Mr. Paul’s claims when in last season’s Welsh International they selected him as centre. Against Sheffield and Glasgow he also played in the same position. In all these representative matches his play was of great service, and the committees who made choice of him had no cause for regret.

The Queen’s Park, in want of a centre forward, cast a longing, loving look toward Mr. Paul, but the bond between him and his Partick friends was too strong to be severed even at their call. With an unselfishness which does him great credit, however, Mr. Paul has aided the Queen’s Park on not a few occasions, and proved that though he could not throw in his lot with them he is the man who could most worthly fill the place in which William McKinnon and George Ker found their fame. Across the Border, too, Mr. Paul is not unknown. The professional low tout has heard of and sought him out; tempting offers innumerable have been made to him, but to these seductive charmers he has turned a deaf ear, and remains with his club, we trust, to bring more honour to it, to himself, and to his country.