New stand at Cathkin Park, in 1891 Buffalo Bill visits Glasgow, and goes to the football

In 2017 we probably believe that the standard of refereeing has never been worse. However, in 1891 criticism of referees was rife. The catalyst had been the introduction of a new rule which allowed officials to award a penalty kick for serious foul play within the 12 yard area. Prior to this new rule (the infamous rule 13) convensional free kicks were given which almost always were charged down by defenders. Referees and players alike struggled to come to terms with the new rule, and referees were accused of inconsistency.

In 1891 the Scottish Referee newspaper published some guidelines for referees.

Rule 13, dealing with deliberate fouling, tripping, or handling the ball near goal, that to aid these officials and players interested in Saturday’s cup ties, we direct their personal attention to the following Rules:

Pitch markings needed to be updated in 1891 to help referees judge whether penalties should be awarded or not. Previously only boundary marking at the endge of the pitch were used. 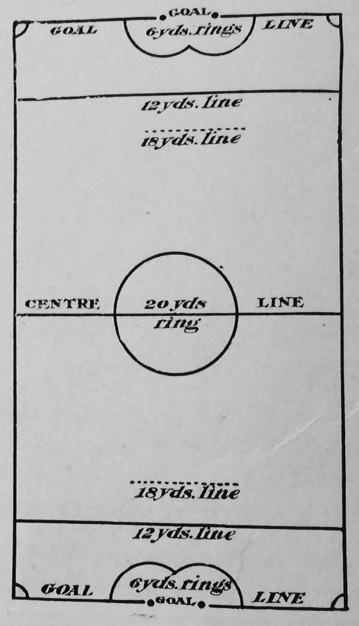 The diagram is from the 1905 Book of Football.