John Proudfoot was a centre-forward who played for several seasons, making his debut against Dundee Wanderers at Inchview on 11/08/1894, when he scored two goals.

Brother of David, George, Lawrence and William who all played for Thistle. On leaving Thistle he joined Blackburn Rovers, scoring on his debut and playing 37 times, scoring 14 goals (top scorer in 1897-98). John was a chunky 5′ 6″ and 12 stone striker.

He left Ewood Park for Everton where he scored 30 goals in 84 games (top scorer in 1898-99) before he joined Watford. After being suspended for “insubordination” in December 1902 he returned to Thistle for a season before ending his career with Hamilton. Worked in the shipyards of the Clyde. 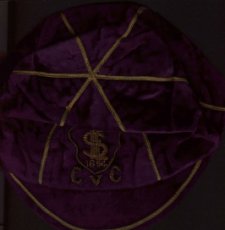 John is featured on Thistle fan Ross Martin’s genealogy website Raindrops, where he has further images of the Proudfoot family.