The Partick Thistle team will not differ very much from last season, and the executive are looking forward to again taking a prominent place in Scottish football. Last season the Thistle may be said to have entered a new era, and never in the history of the club has such distinction been achieved. After struggling for years as second-raters the Thistle has worthily earned a position among the half-dozen first-class clubs in Scotland, and it will not be the fault of the present management if this high standard is not maintained.

In addition to their successful cup tie career they had quite a phenomenal run of victories in the Scottish League, extending over two months, which exercised ambitious dreams in the Meadowside camp. But it was not to be. The team seemed to lose heart when defeat called, and their ultimate total of 26 points was not as good as their earlier form presaged.

In the Charity ties the team again recovered , and their decisive victory over the Rangers in the opening round will not readily be forgotten down Partick way. This they endorsed by their ultimate victory over Third Lanark, but the strain was too much, and they fell to the Celtic in the final, the same club having blighted the hopes of the Thistle in the Scottish and Glasgow Cup ties. All round had Partick’s rise to power with satisfaction.

It is good for Glasgow that her clubs should be of as equal standard as possible, and the Thistle management are determined to make the old club a power in present-day football and worthy of the large constituency from which they derive their support. That the public will respond is evidenced by the sum drawn when the Hibernians opposed the Thistle in their undecided Scottish tie on 4th February last, the figures, which constitute a record for Meadowside being – Gate £379; stand £36. 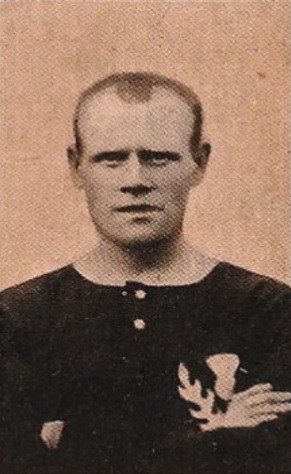 Coming to the team, it may at once be said that there will not be many changes. All the desirable players of last season have been retained, and only two new men have been signed on during the close season, these being Swan, late of Tottenham Hotspur and St Mirren, and Brown, a junior from Newmilns. Towards the end of last season the want of a reserve back was severley felt, and, in addition to Harvey and Gilchrist, McKenzie has been signed. McKenzie hails from Bo’ness and on trial gave entire satisfaction. No change is made in the half-back division, which proved the backbone of the team last year. With regard to the forwards, it is here a little planning and fixing will have to be done. Swan, who comes with good credentials, has a local connection, having played as a junior in Partick. He is available for either inside positions or centre. The left wing forwards are in the majority, but such as R.Gray can easily adapt himself to another position, and, in addition, the club has one of those handy players in W.Gray, who can substitute a half-back or a forward, as was seen last season.

The following is the list of professionals signed on up to date:- Goal – Howden; backs – Harvey, Gilchrist and McKenzie (Bo’ness); half-backs – Gibson, Melville, Walker, Harry Wilson, and W.Gray; forwards – Sommen, Kennedy, R.Gray, Lawrie (Clydebank Juniors), McGregor (Crieff), Swan (Tottenham), and Brown (Newmilns). The Thistle will also have the assistance of W.W.Tennant, the popular amateur, who can adapt himself to any position in the front line, and Carrick Hamilton, late of Queen’s Park, also an amateur, who will be early be seen at outside left. The departures from Meadowside are:- J.Wilkie, to Hibernians, and Massey, to Port Glasgow Athletic, while T.Wilkie, goalkeeper, and A.Wilson, back, have retired.

Training started on 25th ult., the players being again under the care of John Nutt. The ground is in beautiful order, the playing pitch having received special attention. Everything considered, the Thistle are well equipped for the work before them, and with such a popular chairman of directors as Mr W.Ward and capable manager as Mr Easton, assisted by an enthusiastic directorate, this season bids fair to eclipse the doings of last. The opening match is with St Mirren at Meadowside on the 15th, and on Saturday the 19th the Thistle commence their League matches by playing Aberdeen (away). 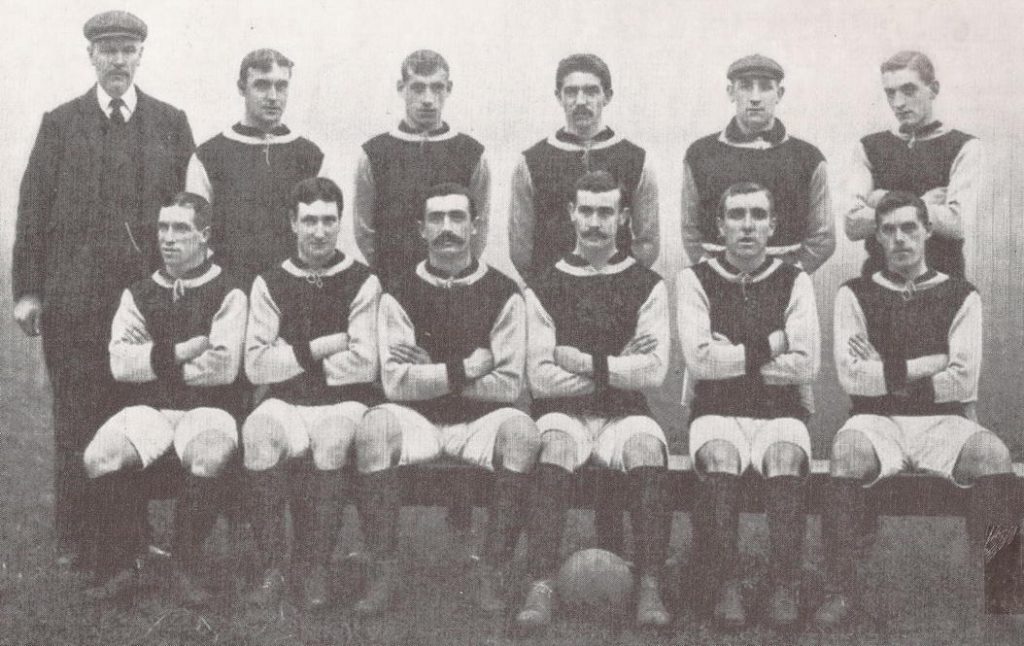 The Partick Thistle FC have adapted new colours for this season, and the old familiar black and gold has given place to  jersey of claret-coloured body, with pale blue sleeves and collar, which is a very pleasing effect, and is the same as is worn by Aston Villa.