The close season threw Scottish football into disaray as the top clubs demanded more say in how the game was run, or they would break away from the Scottish League and run their own competition. Thistle distanced themselves from the breakaway. Agreement was eventually reached with the big clubs getting their own way.

Thistle had signed several top players to improve the team that had won promotion from the Second Division the preious season and wer trying to stay in the top league.

After good away draws against Celtic and Rangers in the opening games, however, the season was a disappointment. Chances weren’t taken and wins were thin on the ground. Experienced players were disappointing and tragedy befell Willie Freebairn.

The season finished with Thistle once again relegated to the Second Division, although it would be 70 years before the club were relegated from the top division again. 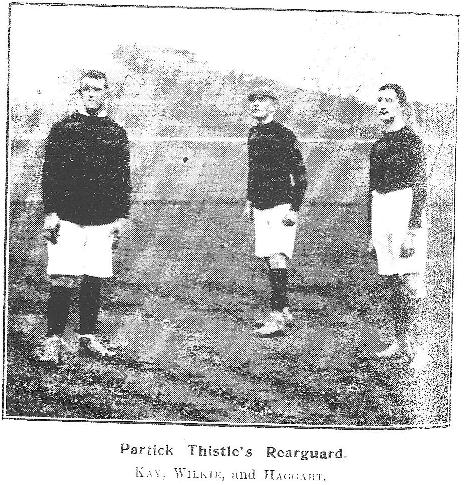